In Support of Diplomacy For The Iran Agreement by Social Justice Alliance Our Hearts are Broken Again – Charleston, SC

A statement on the shootings in Chattanooga, Tennessee.

A statement on the shootings in Chattanooga, Tennessee. 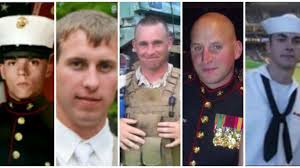 The Interfaith Council of Contra Costa County calls for a positive response to President Obama’s call for prayer for the families of the five Marines who were murdered in Chattanooga, TN on July 16, 2015.  We stand in solidarity with the people of the community and those wounded in body, mind, and spirit by this horrific act of violence.  We bond with all people of good will as we pray for the survivors and rededicate ourselves to the pursuit of peace.

There are some indications that this is an act of domestic terrorism.  The fact that government facilities and uniformed personnel were targeted suggests something more than criminal activity.   There is also the suggestion of foreign inspired terrorism.  However, at this point, nothing is certain or conclusive but the fact of the deaths of five innocent Marines.

We are concerned that this unwarranted act of violence will endanger innocent people because of their religious affiliation or national origin.  We must realize that religion, like political viewpoints, can be used in ways both prejudicial and destructive.  We hope such is not the case in this situation.  Rather, we must stand firm in the conviction that all people have the right to their religious convictions.  We truly believe that religion must be a force for what is good, uplifting, and honorable.  Only by being faithful to the cherished ideals of our Nation can we truly honor those who were injured or killed.  After all, our murdered soldiers in Tennessee died in the service of their Country dedicated to the human rights of all peoples.

This is not a time for political expediency or religious self-justification.  It is a time for prayer, a time to help those victimized by this violence, and a time to join together in solidarity with all people of good will.